Does the promise of God over your life seem unreasonable and impossible in this season?
What situation are you facing right now where the facts and the potential outcomes are alarming? Are the facts causing you doubts and fears? Read on and be encouraged; you aren’t alone!!

What can we learn from the testimony of scripture in Numbers 13?
We witness a story of God expressing His will and purpose, namely that His chosen people would enter into a good land as their inheritance, The Promised Land! Forty years later, Joshua and Caleb were the only 2 of 12 spies to “enter” the promise, why? Because everyone else was realistic! Walled cities and giants was their truth; and that reality was given higher value than what God had said!

You could almost feel sorry for the 10 spies in Numbers 13:32. They reported the facts but scripture describes their report as “evil” (“they gave an evil report”). Why evil? Their report wasn’t false, but it was presented to the people without the higher truth of.

What has God said about this situation?

Without that perspective their report caused the people to be afraid; and scared people make bad decisions! Remember, it wasn’t giants and walled cities that kept everyone out of God’s intended promise.  It was reasoning influenced by fear. (Mark 8:17). They didn’t enter in because they didn’t mix faith in God with the facts.

What did Josh and Caleb get right? 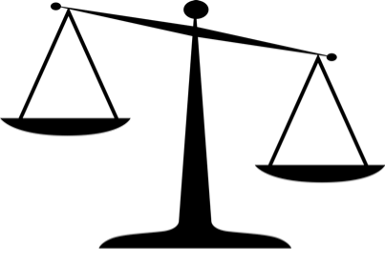 They believed and declared what God had said. They gave more weight to what God had said to influence their hearts than the facts. They didn’t deny the facts, but believed God for a strategy, e.g., walk around the walls 7 times, etc.

How were they able to believe God, you ask? I think two main factors: Presence and Testimony.
Presence: Joshua was familiar with God’s presence from apprenticing under Moses and serving in the Tabernacle, which was where the Presence of God dwelt while they were in the wilderness.
Testimony: Remembering the testimony of the Lord & what He had done in the past.
The grace to trust was stirred up by remembering similar scenarios where there was an impossible obstacle between them and God’s intention, e.g., the Red Sea parting.

Believing that God has a strategy is key.

Whose responsibility was it to come up with a strategy to resolve the incongruency? (‘You call the land ours, but it is occupied by big folks with big walls!’) We forget that it is God’s responsibility, of course!  If God has intention to accomplish something unreasonable then He is responsible to provide a strategy and resources. What parent would require a child to build an addition on the house and then walk away?

Steps for your situation.
1) Beware of facts that ignite fear!
Ask Holy Spirit to reveal to you if you have embraced an “evil report”. If yes repent!

2) Seek His Presence first and then Remember. Mix 1 cup of facts with 3 cups of “what has God said and done?” Ask yourself, has there been a similar challenge in my journey with God where He had a strategy/ solution that enabled me to “enter in” to the unlikely?

3) Wait for the divine strategy and in the mean-time (pun intended) keep saying what God has said. Inspiration, grace and courage will come!

To inquire about bringing a workshop to your group or city email info@noblemin.com

For questions, more info, or to be put on the invite list for upcoming workshops
email: info@noblemin.com